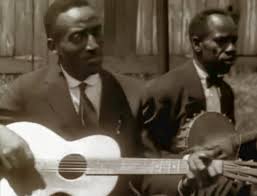 Henrietta patronized many of the famous jug bands of Louisville, but she must have particularly admired Buford Threlkeld, also known as “Whistler.” Seen here on the guitar, he was known for playing the nose whistle and performed a private all-night set for Henrietta and John Houseman in 1925. A rare video captures Whistler’s Jug Band […]