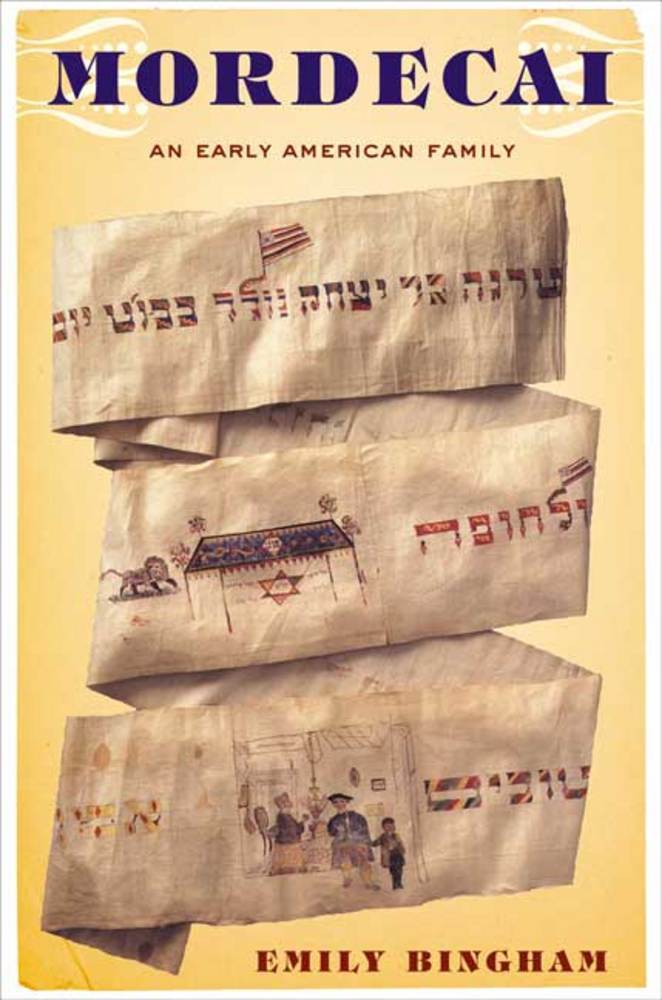 Mordecai is a brilliant multigenerational history at the forefront of a new way of exploring our past, one that follows the course of national events through the relationships that speak most immediately to us-between parent and child, sibling and sibling, husband and wife. In Emily Bingham’s sure hands, this family of southern Jews becomes a remarkable window on the struggles all Americans were engaged in during the early years of the republic.

Following Washington’s victory at Yorktown, Jacob and Judy Mordecai settled in North Carolina. Here began a three generational effort to match ambitions to accomplishments. Against the national backdrop of the Great Awakenings, Nat Turner’s revolt, the free-love experiments of the 1840s, and the devastation of the Civil War, we witness the efforts of each generation’s members to define themselves as Jews, patriots, southerners, and most fundamentally, middle-class Americans. As with the nation’s, their successes are often partial and painfully realized, cause for forging and rending the ties that bind child to parent, sister to brother, husband to wife. And through it all, the Mordecais wrote-letters, diaries, newspaper articles, books. Out of these rich archives, Bingham re-creates one family’s first century in the United States and gives this nation’s early history a uniquely personal face.

“With a historian’s care and a novelist’s sense of story, Emily Bingham has brought to life the progression through the early decades of the United States of an unfamiliar, and remarkable, kind of family: Southern Jews, who had to struggle to reconcile loyalty to their tradition with membership in a regional society where it had not yet taken root. It’s a testament to Bingham’s skill that she has made the Mordecais feel every bit as loving and complicated as families really are.” -Nick Lemann, staff writer for The New Yorker and author of The Big Test: The Secret History of the American Meritocracy

“Bingham is a wonderful stylist, so it is a pleasure to read. Her eye for detail, her choice of stories to relate, and the threads that knit these stories together are of high quality. The themes of family covenant and myth, wedded to the American myth and the nineteenth-century American experience, are first-rate.” -Edith Gelles, in H-SHEAR